Caliber 0100 represents CITIZEN’s most innovative movement and its commitment to bring watchmaking to a new level worldwide.

Caliber 0100 autonomously calibrates time at an ultra-high accuracy of ±1 second per year internally without relying on data from radio towers or satellites. A single second measurement from this movement is exponentially more accurate than other watches, measuring each second at its most precise and authentic reading.

In order to achieve such unprecedented accuracy, Caliber 0100 utilises AT cut type crystal oscillators rather than traditional tuning fork-shaped crystal oscillators most often used in quartz watches. AT cut type crystal oscillators vibrate at a frequency of 8.4 MHz (8,388,608 Hz), which is more than 250 times higher than tuning fork-shaped crystal oscillators. This ensures that this new mechanism remains resistant to outside influences such as temperature fluctuations and effects of gravity, as well as age degradation. However, much more energy is required for that. CITIZEN was able to compensate for this by thoroughly testing the materials and refined control over its power-saving strategies. Caliber 0100 technology allows Eco-Drive to run continuously and is significantly more stable for up to six months on a single full charge (8 months on power save mode), even without the presence of a light source.

What’s more, Caliber 0100 maintains its greater accuracy by continuously monitoring and adjusting for frequency and temperature shifts once every minute. The optimal running temperature is between 5°C to 40°C, which is considered the most practical watch temperature environment for most regions of the world. The Caliber 0100 expresses the beauty of individual seconds in its purest form as well as represents CITIZEN’s bold direction to “pursue the true essence of a watch”. 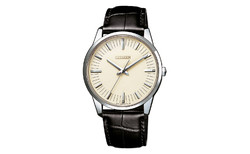 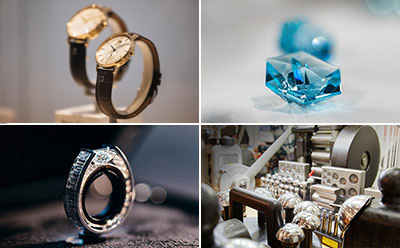