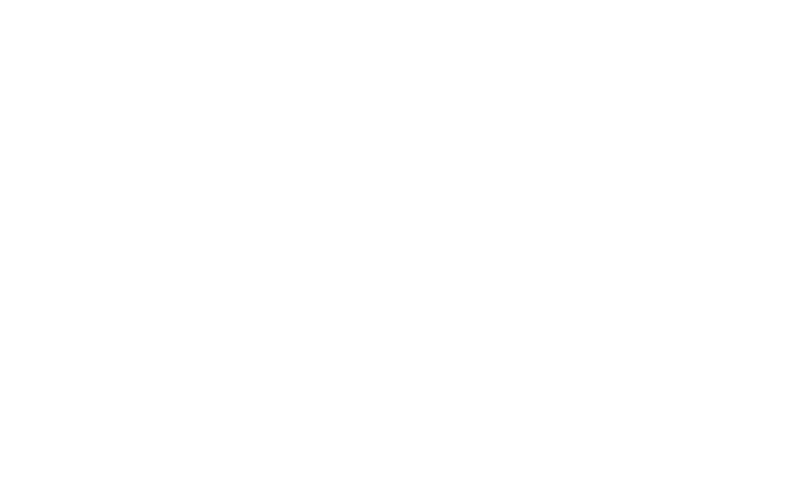 FORTIS - A crown is only for the best.

Founded in 1912 by Walter Vogt in Grenchen, Switzerland, Fortis Watches AG is an independent traditional Swiss watch brand that has been family-owned since its foundation. In 1926 Fortis produced the world's first automatic wristwatch in collaboration with John Harwood. In the following years Vogt focused on the production of chronographs and waterproof watches - the so-called "Fortissimo". During the early 1950s Fortis expanded its know-how to include mechanical alarm functions: With the "Venus" and "Manager" models, Fortis once again revolutionized the market. In the mid-1960s, Fortis produced watches for space for the first time and even handed them over personally to one of the Gemini crews of the time. In the seventies, Fortis watches looked very colourful, which of course was in keeping with the spirit of the times. Fortis was also so open-minded about the use of plastic that it could be classified as a forerunner of the Swatch. There were models such as the Flipper and the Logo, where plastic cases and straps could be combined with colored dials in almost any combination.  Since the 1980s, Fortis has specialized in solid, robust instrument watches for aviation and space.  In addition to the remarkably clear design, the watches, in accordance with their brand name, also stand out for their resistant cases and robust workmanship, they are ultra-solid and feature reliable technology. In 1994, the Fortis Official Cosmonauts Chronograph was chosen as the official equipment of the Russian space program ROSKOSMOS. To this day, astronauts and cosmonauts trust in the reliability of Fortis watches. Fortis also focuses on Mars and supports current research projects. With the takeover of the company by Jupp Philipp at the end of 2018, Fortis sets new standards in aviation and space watches. "Our claim is to build nothing less than one of the best watches in the world. Without ifs, ands or buts."(JP) 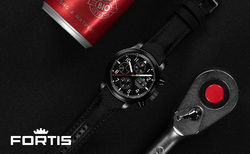 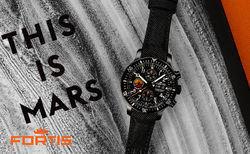 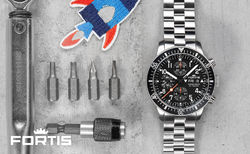 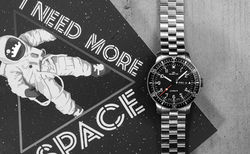 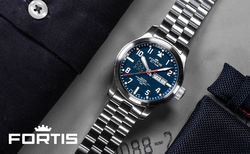 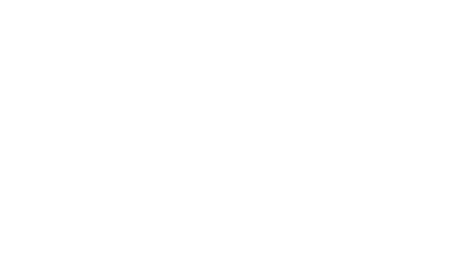